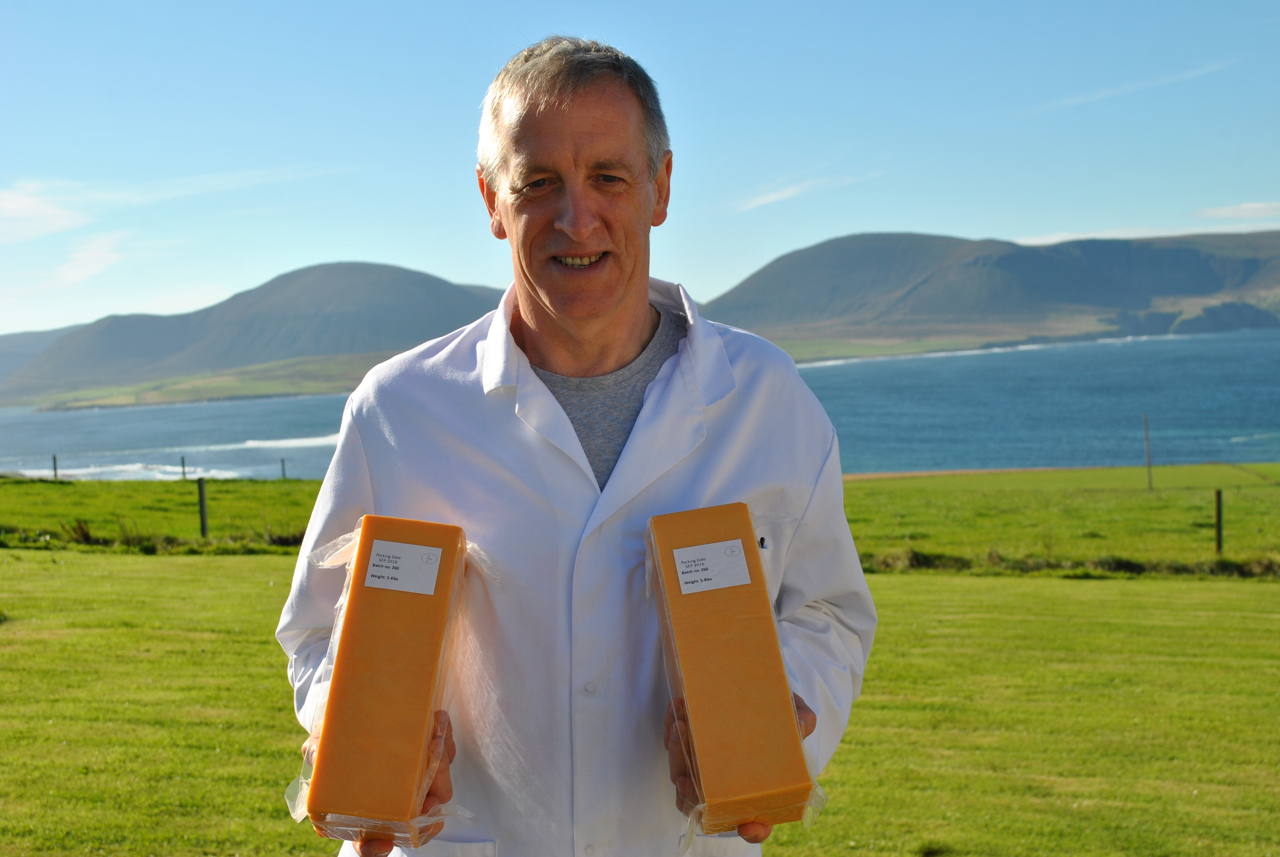 Orkney based speciality cheese producer, The Island Smokery, has just secured its first ever order for the United States.

The Stromness firm, which is set to move into bigger premises in the town later this year, is supplying 600kg of its Orkney Smoked Red Cheddar to key US importer and distributor, Atalanta.

This initial order follows a Scottish Development International (SDI) trade mission to the US earlier this year to launch the new Scottish dairy brand.

Callum MacInnes, who established The Island Smokery in 2005, said the US order was potentially the first of many, with more North American buyers expressing an interest in the firm’s cheeses.

“This year’s SDI trade mission was very successful in exposing the US market to everything that’s great about the Scottish dairy sector and we’re now reaping the benefits of those efforts,” he said. “This Atalanta order is tremendous news for us and we’re really excited about seeing our Smoked Red Cheddar distributed throughout the US. As a product, it has very strong Orkney provenance, so this order is also going to be good for raising the profile of the islands and helping spread the word about the quality of all our produce.”

Mr MacInnes said he was due to meet with another group of American buyers in Edinburgh this week, before traveling to Ireland to follow-up on trade connections made at this year’s Royal Highland Show.

“Interest in our products nationally and now internationally is growing very rapidly indeed,” he said. “Later this year we’ll be moving into new premises in Stromness and effectively trebling in size to ensure we can meet this most welcome demand.”

Edgar Balfour, development manager for Orkney food, drink and crafts, said: “Securing this major order is a massive achievement for both The Island Smokery and for the team behind the Scottish dairy branding and trade initiative. Orkney products are able to hold their own in the competitive international marketplace because of their consistently high quality and the willingness of our producers to think big and meet this kind of demand.”

The company, which only uses Orkney cheddar – an EU Protected Food Name – produces nine flavoured and three smoked varieties of cheese, in addition to a range of smoked garlic products.